BET+: All the Details About Its Streaming Service (So Far) 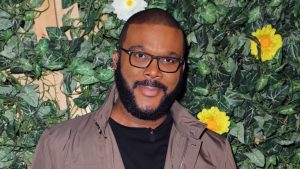 Alexander Tamargo/Getty Images
Tyler Perry is a co-owner of BET+.

The Viacom-owned platform, a joint venture with Tyler Perry, will launch Sept.19.

BET+, the forthcoming streaming service from Viacom and Tyler Perry, is not wasting any time in getting down to business.

BET announced Monday that its streaming platform — a joint venture with multihyphenate Perry — will officially launch Thursday, Sept. 19 and cost $9.99 per month. The service will debut with more than 1,000 hours of content, including new originals and film and TV library content that includes Perry’s stage plays and acquired content, all of which will be ad-free.

Devin Griffin, a Netflix alum, will oversee the service as general manager. He is charged with overseeing business strategy and operations — including content development, programming, marketing, distribution, planning and analysis for BET+. He is based in Los Angeles and reports directly to BET president Scott Mills. “In our first year, we will release a BET+ original project almost every month, adding to our lineup of deep and diverse content,” he said. “We’re focused on super-serving lovers of black stories by working with top talent, and supporting fresh new voices, on both sides of the camera.”

First Wives Club  |  From Tracy Oliver (Girls Trip) the reboot of the 1996 feature was originally developed for TV Land and moved to Paramount Network before finding a home at BET and, now, BET+. All nine episodes of the series, starring Jill Scott, Michelle Buteau and Ryan Michelle Bathe, will be available at launch. Watch a trailer, below.

Bigger  |  From prolific producer Will Packer, the series formerly known as Peachtree Place revolves around five thirty-somethings living in Atlanta as they try to build professional and personal lives they can be proud of, but the one thing they don’t have keeps impeding their progress: love. The first three of the 10-episode comedy, starring Tanisha Long and Angell Conwell, will be available at launch.

Sacrifice  |  From writer Chris Stokes (You Got Served), Paula Patton stars as an entertainment lawyer navigating the nefarious lives of her rich and famous clients. The drama is being produced as a two-hour movie that doubles as a back-door pilot. It will launch sometime in 2020. 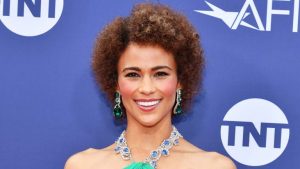 BET+ continues to ramp up its roster of originals.

The forthcoming streaming service has greenlit Sacrifice, a two-hour movie starring Paul Patton that will double as a backdoor pilot.

The original movie, described as a legal thriller, will star Patton (Precious) as an entertainment lawyer navigating the nefarious lives of her rich and famous clients.

Chris Stokes (You Got Served) is attached to write, exec produce and direct. Marques Houston will co-exec produce the Footage Films project, which shot in New Orleans. The movie will premiere on BET’s forthcoming streaming service at a date to be determined in 2020.

“We are thrilled to have Paula and the talented ensemble cast join our first original film on BET+, as we continue to strengthen our commitment to quality storytelling while meeting our audience on all platforms,” said Connie Orlando, head of programming at BET Networks.

BET+, BET Networks’ new streaming service is ramping up production on its original content. Paula Patton (Hitch, Precious) is set to star in Sacrifice, a new original movie set for premiere on BET+ in 2020.

Written, executive produced and directed by Chris Stokes, Los Angeles-set Sacrifice stars Patton as Daniella Hernandez, a highly sought after entertainment lawyer. The legal thriller tracks Daniella as she navigates the nefarious lives of her rich and famous clients. Daniella has a reputation that proves problematic to LA Law enforcement, forcing her to be at odds with her sorority sister turned nemesis District Attorney Beverly Rucker (Erica Ash). In an attempt to protect her often unscrupulous clients, Daniella enlists the services of her resourceful assistant and a young ex-hacker and tech genius.

The film will feature Taye Diggs as Alex the love interest to Annie Alonzeh. The (All Eyez on Me) actress will portray Madison Roland, the abused wife of Michael Roland played by Stephen Bishop (Safe House), also starring Malik Yoba and Robinne Lee. Til Death Do Us Part is an affirming and suspenseful story about a young woman’s struggle to escape a violent marriage to feel safe, whole, and find the ability to love again. The production started principal photography in April of this year and is scheduled for theatrical release in October 2017 in recognition of Domestic Violence Awareness Month (DVAM).

Christopher B. Stokes, the director of “You Got Served, Will to Love, Only 4 One Night, Weekend with the Family and Boy Bye”, will helm the project as writer/director. Christopher Stokes was motivated to tell a story that depicts all facets of a relationship when the pendulum swings in an unforeseen direction. The perfect relationship, the perfect marriage, the pledge “Til Death Do Us Part” that spirals into violence when one partner becomes unhinged. For survivors of Domestic Violence, who have been wounded both physically and emotionally, the movie is meant to bring awareness of the courage it takes to be a survivor and to draw attention to an issue that has become a national epidemic. Stokes is an amazing director with a unique vision of the world. In particular, his talent and skill in creating psychological intensity that will bring the characters to life.

The October release is in recognition and solidarity with Domestic Violence Awareness Month (DVAM). Says Stokes, “I can’t think of a more thrilling and timely film project to draw attention to the movement. Madison Roland is the kind of character any director dreams of bringing to life.”